Pastor Ricky Lee Taylor Jr. is a native of Brownsville, Tennessee. He is the only son of Ricky Taylor Sr. & Ms. Kimberly Sangster.

Pastor Ricky Taylor received his early childhood education from the Haywood County School System and graduated from Haywood High School in May of 2008. While playing at Haywood, he finished as one of the top 5 scorers in Haywood High School history.. A month after graduation, Pastor Ricky journeyed to Chattanooga, TN where he received a full ride basketball scholarship to play at the University of Tennessee at Chattanooga to start summer classes. He decided to pursue a Bachelor of Science Degree in Accounting. While playing at UTC, he finished as the sixth all-time leading scorer in school history and finished with a school record of 41 points against another NCAA Division-I institution. While playing for the Mocs, Elder Ricky Taylor won a Southern Conference championship (2009) and two north division championships (2009 & 2011) while making an NCAA Tournament appearance in 2009. While playing Division I basketball, Pastor Ricky Taylor jump-started the Church of God in Christ college ministry at UTC where he conducted Bible study for young adults and college students. The Bible studies started off with only a handful of college students and later grew to 40-50 students.

Pastor Ricky had high expectations of playing professional basketball, however, because he did not receive a professional basketball contract, Pastor Ricky Taylor launched his basketball ministry called Ricky Taylor Basketball where hosts basketball camps while spreading the gospel of Jesus Christ. Additionally, Pastor Ricky began his coaching career at Christian Heritage School in Dalton, Georgia where he led the team to win ten more games than the previous season. Elder Ricky also started working at Volkswagen as a staff accountant while coaching at Christian Heritage. After being on the job for 7 days, Pastor Ricky was released from Volkswagen as a staff accountant and he trusted God through the process. Months later, he received a phone call from his agent stating that he had received a professional basketball contract to play in the Germany Pro A division for his rookie season.

After having a successful career in Germany, Pastor Ricky received a contract to play professionally the following season in England. Playing only two months for the Newcastle Eagles, Pastor Ricky Taylor was released from the team. One week later, he traveled back to the United Kingdom to play in Ireland where he led the country in scoring at 26.2 points per game while earning EuroBasket’s All-Irish team, All-Irish 1st Team selection, November Player of the Month, and he was Player of the Week for multiple weeks.

At the age of 18, Pastor Ricky Taylor was asked to speak for Community Church of God in Christ’s youth day service where he preached his first sermon, “X Marks the Spot.” During his message, the congregation stood up the whole time which birthed the ministry of Pastor Taylor. He joined under watch care at McDowell Memorial Church of God In Christ under Superintendent C.H. Douglas. He later became a member of Greater Liberty Temple Church of God in Christ under the leadership of Pastor J. Anthony Taylor who currently serves as senior pastor of Greater Community Church of Chattanooga Church of God in Christ. Under Pastor Taylor’s mentorship and leadership, Pastor Ricky began to develop his preaching and teaching of the Word of God.

On August 11, 2013, Pastor Ricky Taylor was licensed as a minister in the Church of God in Christ at Greater Community Church of Chattanooga under the leadership of Pastor J. Anthony Taylor. He was later appointed as the Young Adult and College Pastor. On August 7, Pastor Ricky was ordained an elder in the Church of God in Christ at the hand of Bishop Brandon B. Porter, prelate of the Tennessee Central Jurisdiction C.O.G.I.C. On January 9, 2016, Pastor Ricky Taylor was installed as the Vice-President of Tennessee Central Jurisdiction where he conducted a youth rally for the Parsons District and served faithfully at the Tennessee Central AIM convention.

On a day to day basis, Pastor Ricky Taylor is in the gym training the youth in the community to play the game of basketball. He currently serves as an NCAA Official Scout, USA Gold License Coach. He is also the founder and CEO of three companies: Ricky Taylor Basketball, a basketball ministry that hosts NCAA tournaments while spreading the gospel of Jesus Christ; Potter’s Wheel Trucking, and Reap Investments, a real estate investment company. Pastor Ricky Taylor preaches that “No matter what happened in the past, God still has a plan for your life.” 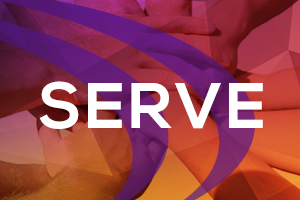 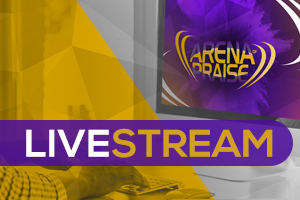 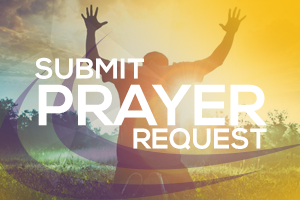 Join Us Every Sunday for the Arena of Praise Live Stream